The accomplished electric slide guitarist officially joins the Allman Brothers Band alongside his uncle, drummer Butch Trucks, in 1999. Pretty much raised by the Allman Brothers family. Trucks began playing at the age of 9 on a $5 guitar and becomes a child prodigy. Trucks creates his own band and forms The Tedeschi Trucks Band alongside his wife, Susan Tedeschi. In 2012, he wins a Grammy Award for Best Blues Album.

While this Delta blues singer, guitar and piano player did not truly become renowned until his music is rediscovered. During the blues and folk revival scene of the 60s. James then became a sensation and performs until his death in 1969. His music influences a wide range of musicians over the years, from Deep Purple and The Derek Trucks Band. To Cream and Beck, and even had an impact on Robert Johnson.

They didn’t call him Howlin’ Wolf for nothin’! With his intimidating and unmistakable growl, this pioneer helps put Chicago blues on the map in the 1950’s. And his influence on the rise of electric blues (and subsequently rock and roll) is immeasurable; you simply cannot talk about the blues without mentioning him. Howlin’ Wolf’s songs “Killing Floor” and “Smokestack Lightning, “among others written for him by Willie Dixon. Have since become standards of blues and rock.

A talented drummer and songwriter best known for his decades long career with the Texas blues-rock band ZZ Top. A key component of the Texas blues and hard rock power trio since the beginning. Furthermore, writing a lot of the group’s most popular songs. Frank, ironically is the only member of the group that does not don the iconic ZZ Top beard. And is still going strong with his fellow bluesmen, and still tours nationwide.

This award-winning guitarist, singer-songwriter, and bandleader first came to prominence in the early 90’s as a self-taught wunderkind. In 1995 he releases his debut album Ledbetter Heights, SSand has been touring and recording ever since. His Grammy-nominated project 10 Days Out: Blues from the Backroads sees the guitarist travel the United States heavily.

Shepherd had the honor of performing with names like Etta Baker, B.B King, Clarence “Gatemouth” Brown, Honeyboy Edwards. As well as Henry Townsend and more. Shepherd releases his 9th studio album The Traveler in 2019, which reaches the #1 spot on the Billboard Blues Charts.

Rivers Cuomo is an American musician, singer, songwriter, and producer. He’s the lead vocalist, guitarist, keyboardist, and songwriter of the rock band Weezer. 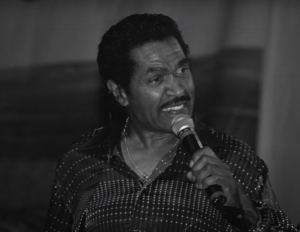 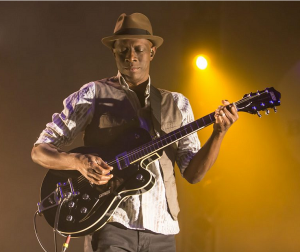