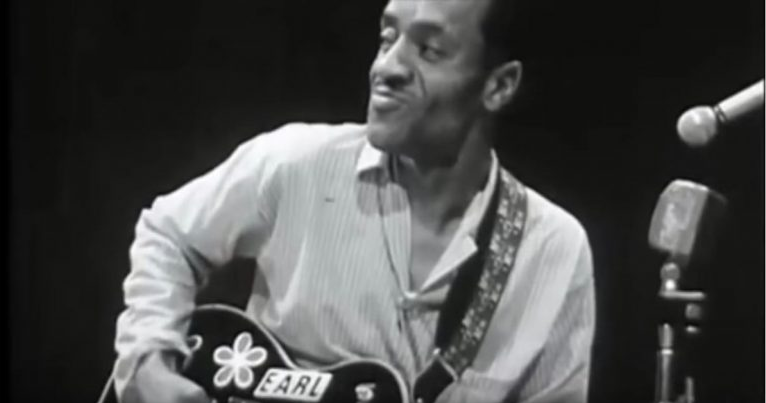 A piano-pounding institution on the Southern Louisiana swamp blues scene during the late ’50s and early ’60s, Katie Webster later grabbed a long-deserved share of national recognition with a series of well-received Alligator albums. Poor Kathryn Thorne had to deal with deeply religious parents who did everything in their power to stop their daughter from playing R&B. But the rocking sounds of Fats Domino and Little Richard were simply too persuasive. Local guitarist Ashton Savoy took her under his wing, sharing her 1958 debut 45 for the Kry logo (“Baby Baby”).

Originally from Rossville, Tennessee, he later located himself in the great state of Mississippi in the late 20’s. Where he works and performs at local events and gatherings. After his discovery by Alan Lomax and Shirley Collins in 1959 amidst renewed interest in blues and folk music, he enjoyed a steady career until his death in 1972. Though often associated with the Delta blues, he was actually a pioneer of the hill country blues of Northern Mississippi and was a major influence no both Junior Kimbrough and R.L. Burnside.

Trevor Rabin was born in South Africa in 1954. He first began playing guitar at the age of 12 after having had piano lessons since he was a toddler. He formed his first band in 1968, at only 14 years old. After being drafted, Rabin played both guitar and bass in the entertainment unit. He began doing session work after his discharge from the military in 1972. Furthermore, a member of the band Rabbit and Cinema.

Rarely in the history of rock has a musician switched bands and instruments simultaneously with such a high degree of success as Dave Grohl. Relocating to Seattle, he tries out for a little-known band that had a drum vacancy, Nirvana. Immediately after Grohl joins the group in late 1990. When the band dissolves, he creates the Foo Fighters and continues to perform and tour.

Mentored by Robert Nighthawk, this slide guitarist is highly regarded among the top blues musicians of his day. In addition to his mastery of the guitar, he is known for his intense showmanship. As well as the use of the double-neck guitars, and experimentation with amplification, delay, and the wah-wah pedal. His career saw him work with such legends as Muddy Waters, Junior Wells, Ike Turner, and Sonny Boy Williamson II.

Taylor first picks up the guitar at the age of nine when he’s gets inspiration by his guitar-playing uncle. The early to mid-‘60s saw Taylor play with such obscure local acts as the “Juniors and the Gods”, during which time he thoroughly studies such blues guitarists as Freddie King and Albert King.

Legend has it that Taylor is in the audience of a John Mayall & the Bluesbreakers show in his hometown. It’s during June of 1966, a concert which then-Bluesbreakers guitarist Eric Clapton fails to show up at. When the Rolling Stones inquired about his availability, the timing is perfect. The Stones return to their blues roots after a brief detour in psychedelia, and Taylor manages to play on a few tracks for an album which was already nearly completed, “Let It Bleed.” The rest is history.

January 11th – January 17th -Birthdays! To learn more or donate to Keeping The Blues Alive, visit our website at https://keepingthebluesalive.org/

PrevPreviousBlues at Bonnaroo with B.B.
NextChet Atkins – Video of The Week!Next

Lucille and B.B. King – Photo of The Week!