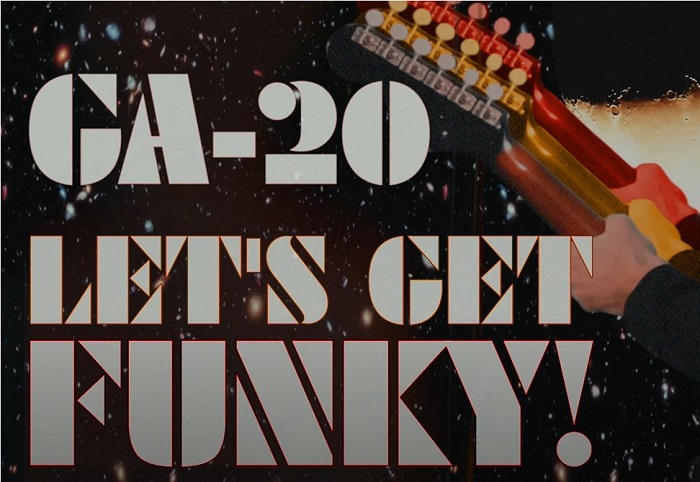 Who is this band?

GA-20? Who is this band? Well, to be honest, I wasn’t sure what to expect! But I have to say these guys are taking us back to the days of Bloomfield & Butterfield. Not copying them, but instead,  creating a new traditional blues revival of the days of heavy blues.

This dynamic, throwback blues trio are disciples of the place where traditional blues, country and rock ‘n’ roll intersect. Hailing from Boston Massachusetts. They start out in early 2018, They name the band GA-20 after the guitar amplifier manufactured by Gibson from 1950 to 1961.

Since first forming in 2018, GA-20 has drawn inspiration for their old-school sounds from the music they love by artists such as Otis Rush, J.B. Lenoir, Howlin’ Wolf, Junior Wells, Hound Dog Taylor, Lloyd Price, Johnny “Guitar” Watson and so many others. Performing with what feels like reckless abandon, GA-20 brings a timeless immediacy to every song they play with a sound that continues to grow and evolve.

Together with fellow classic blues, R&B and early rock and roll lover Pat Faherty, Matthew Stubbs formed GA-20 in early 2018. Stubbs had already garnered much praise playing guitar for Charlie Musselwhite. He sought to put a new project together to do blues gigs aside from his Psych-Rock group The Antiguas.

Faherty had spent several years studying blues guitar and teamed up with Stubbs to form a new group. Early performances by the band had a rotating group of musicians with Faherty and Stubbs as the core members. Some early performances used different drummers and various other musicians including Chris Anzelone on drums and Matt Prozialeck on harmonica, sometimes playing as a four-piece band.

They adopted the name GA-20 in early 2018. The group became a trio by 2018 consisting of two guitars and drums. About a year after their formation, they scored a deal with Karma Chief Records. Furthermore, The group is described as a trio that plays stripped down ’50s/’60s-style Chicago blues with a lot of distortion and no bass.

Recently, They announced that their third album “Crackdown,” is due September 9th, 2022, via Karma Chief Records / Colemine Records.

So be sure to follow them on social to learn more about this great band!