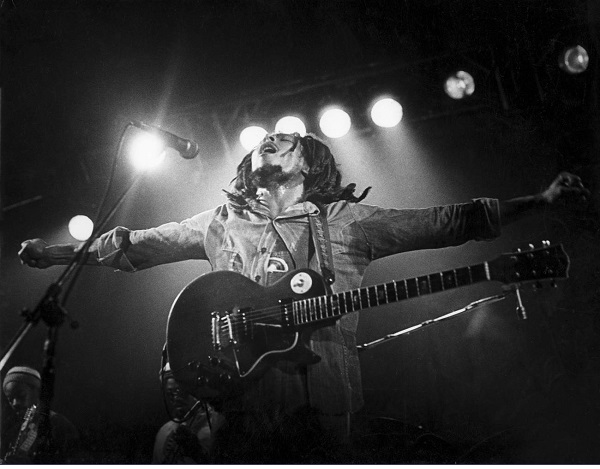 Nicknamed “The King of Slydeco”, this Mississippi bluesman is known for his exceptional abilities as a slide guitarist as well as the impact that zydeco has had on his music. Landreth starts out in the early 70’s performing with Clifton Chenier’s Red-Hot Louisiana Band.

He records his own music in 1981. He has collaborates with John Mayall, Eric Johnson, John Hiatt, Jimmy Buffet, and Johnny Winter. As well as performing at Eric Clapton’s Crossroad Guitar Festival numerous times.

Legendary artist Graham Nash is a two-time Rock and Roll Hall of Fame inductee – with Crosby, Stills, and Nash and with the Hollies. He was also inducted twice into the Songwriter’s Hall of Fame, as a solo artist and with CSN, and he is a GRAMMY Award winner. Towering above virtually everything that Graham Nash has accomplished in his first seventy-five years on this planet, stands the litany of songs that he has written and introduced to the soundtrack of the past half-century.

Known for his mastery of the guitar and flamboyant showmanship. This Texas musician enjoys a great deal of success in the blues during the early 50’s and mid 60’s. When the popularity of blues music began to decline, he reinvents himself as a funk and soul musician. Furthermore, he enjoys even more success than before. With the songs “Space Guitar” and “Gangster of Love” he is a major influence on many artists. Which includes Etta James, Jimi Hendrix, both Stevie Ray and Jimmie Vaughan, Frank Zappa, and Guitar Slim.

Mexican drummer who is most known as the longtime drummer of the blues-rock group Canned Heat. Often touring with a number of blues music’s finest. Which includes T-Bone Walker, Etta James, John Lee Hooker, Memphis Slim, and Albert Collins.

English drummer for 1960’s psychedelic rock, R&B, and pop group The Animals. Steel has been the band’s drummer since their inception in 1963 and remains the only original band member playing in the group. The Animals music  a gritty and bluesy sound. and famous for songs such as “We Gotta Get Out of This Place”, “Don’t Let Me Be Misunderstood”, and the #1 hit single “House of the Rising Sun”.

Jamaican singer-songwriter whose thoughtful ongoing distillation of early ska, rock steady, and reggae music blossoms in the 1970s. Which becomes an electrifying rock-influenced hybrid that made him an international superstar.

American saxophone virtuoso who performed in the genres of blues, jazz, soul, rhythm and blues, and rock &roll. He was also a bandleader, session musician and record producer. He most famously lent his solos and riffs to songs such as Aretha Franklin’s “Respect”, The Coasters “Yakety Yak”, and his own hit single “Memphis Soul Stew”.

New Orleans Singer, songwriter, guitarist, and record producer whose career in the blues and rhythm & blues brought about such popular numbers as “I Hear You Knocking”, “Trick Bag”, and his celebrated, signature song “Come On” (also known as “Let the Good Times Roll”) which has since been covered by The Jimi Hendrix Experience, Dr. John, SRV and The Steve Miller Band.

The Greatness of Lightnin Hopkins